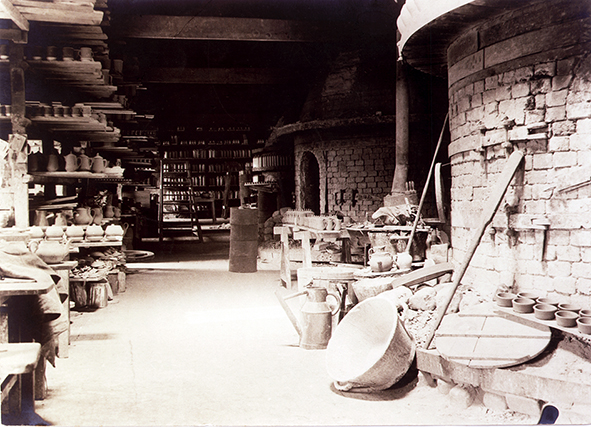 This photograph, of the ovens and the shelves lined with pieces ready for the kiln, was taken at the beginning of the 20th century: a nostalgic image of what was principally a manufacturing trade. It shows that innovation is nothing without craftsmanship. As the company entered the industrial era, embracing the technique of slip-casting, the factory increasingly depended on the hard work and craftsmanship of its workers, who now adopted the correct procedures and crafted the pieces at optimum levels of temperature and moisture.